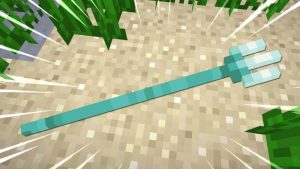 Minecraft is getting more popular as time passes, and this is not because of its fame. The true fact is that in every version of the game, you can find new features, tools, and, of course, weapons (such as Tridents). These weapons or tools can help you magnify your power in Minecraft or just create new chances to gain additional features.

What is channeling in Minecraft?

Channeling is a kind of trident enchantment that produces lightning to define the subject briefly. You can achieve this feature from dungeon chests, Minecraft chests, enchantment tables, raid drops, and librarian villagers. You can also fish up enchanted books that can contain the Minecraft Channeling enchantment in the Bedrock edition of the game.

Note that channeling only works in thunderstorms and can be helpful for farming mob heads.

What does Channeling do in Minecraft?

To answer the question “what does Channeling do in Minecraft?”, if you have a thunderstorm in the game, throwing a channeling trident at a mob will contribute to lightning striking where the mob is standing. When a mob gets hit by a trident, it can’t stay in the water, so it has to come out, and Minecraft players will quickly catch it. The hitting of the mob with Channeling can position channeling on lands. You can protect yourself from lightning and nullify the damage by standing and covering yourself under a cave. Never forget that the Trident in your hand must hit the mob, and also a thunderstorm is definitely required in order for lightning to strike.

You can also use your tridents during thunderstorms to create charged creepers. If the created creeper explodes and kills a hostile mob, they will drop their respective mob head.

What is channeling enchantment in Minecraft?

As you know, enchantments keep Minecraft exciting and varied by giving the player powers that they usually would not have in the game. According to this, Channeling is Trident-exclusive enchantment that you can use while playing. As soon as you have enchantment tablets or anvils, you can keep the Trident apply the enchantment, and choose the enchanting books. As a result, this can help enchant the Trident and charge the power of God.

In the past, Channeling was a tool used for turning pigs into Piglins, Villagers into Witches, and Creepers into Charged Creepers. But when Minecraft channeling enchantment gets accessible, players now have more chances to make changes on the mob in the gameplay. You can use the charged creepers to get zombies, creeper heads, and skeletons, and you can also scare the fellows with charged creepers.

How to get a Trident in Minecraft?

Before trying to fight these monsters, you should have an attack strategy ready with a retreat prepared as well. This is because these mobs have the ability to sneak up on Minecraft players with the element of surprising them under the veil of darkness and murky waters.

How to use Channeling in Minecraft?

You can use Minecraft Channeling enchantment in certain situations and not everywhere; for example, lightning will not be summoned if a mob is in water, lava, or cobwebs. Furthermore, this is true when the mob is on snow, soul sand, honey blocks, Minecraft, or a boat.

Should it be a thunderstorm for Minecraft Channeling enchantment to work?

To be honest, it “must” be a thunderstorm in order for Channeling to work as intended. In the previous versions of Minecraft, you had a chance to run channeling with regular rainstorms, but this feature is no longer available.

Why won’t my channeling Trident work?

You need a thunderstorm for channeling on Minecraft. If it is thundering and your Trident in your hand still won’t spawn a lightning strike, make sure you are hitting a mob with the ranged throw of a trident. If you still have a problem with Minecraft Channeling enchantment, this issue is somehow technical and you should tell the support team.

Home » Game » What does Channeling do in Minecraft, and how to use it?