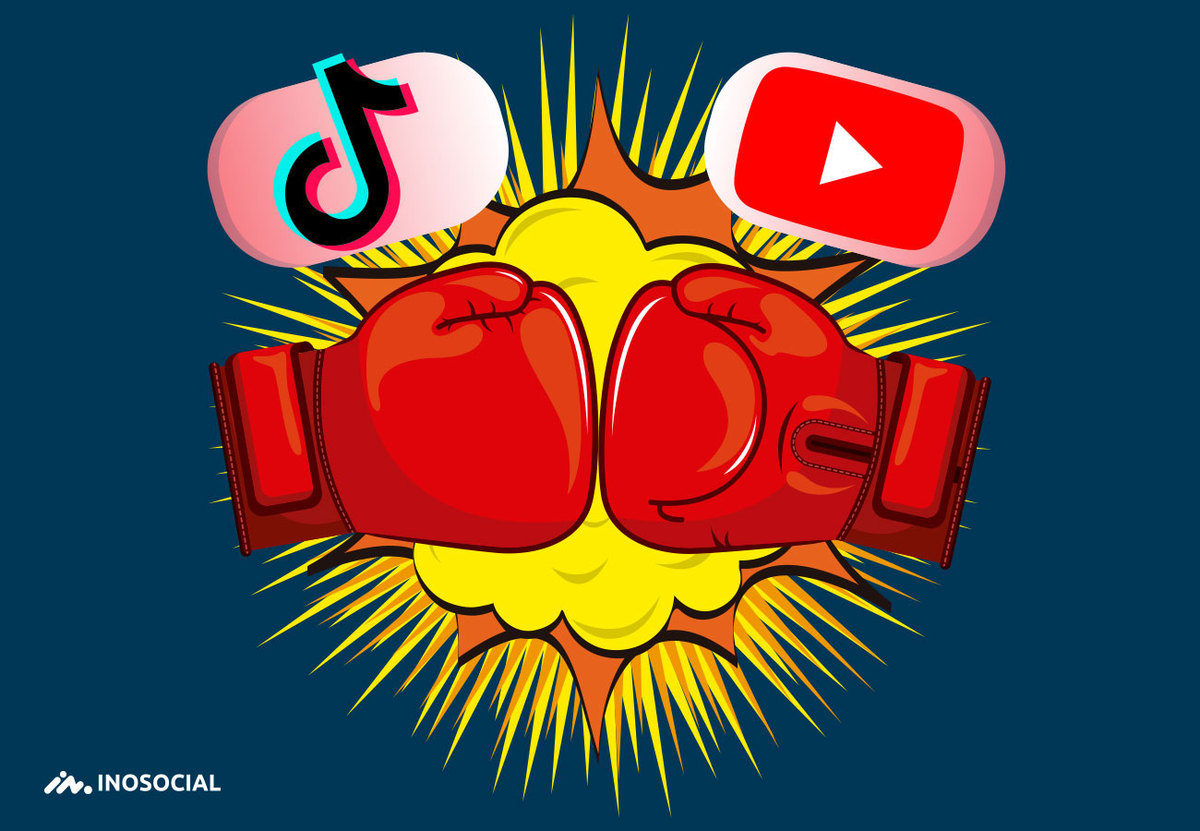 Boxing events always seem energetic and enchanting; as the camera takes the face of both boxers getting ready for a big war. But wait a second? How about taking this rivalry into a virtual environment, between two represents of two social media?

Why TikTok Followers are Important?

If you haven’t heard about the YouTube vs. TikTok boxing event, it was a 2021 white-collar amateur boxing event, which was booked by Social Gloves. To be honest, the main battle was between the American 183-cm tall YouTuber Austin McBroom and the American TikToker, Bryce Hall.

For the winners, they can be commended with custom medals. Actually, these custom medals can be plated with different coating, such as gold, silver, etc., to distinguish the different achievements in the game. Their names and groups can also be engraved to make the medals more special.

Whwn does YouTube vs RikTok start? On June 12, 2021, the boxing event was held at Hard Rock Stadium in Miami Gardens, Florida. As you know, the event was promoted as the Battle of the Platforms by “Social Gloves.” Furthermore, the sports journalist Emily Austin was the correspondent for the battle.

16 people (8 YouTubers and 8 TikTokers) was scheduled to run the battles, and you can see the matches and the winners in this list below;

In this match, a slow and tedious Round 1 between Johnston and Saurage narrowly went to Saurage at the score of 10-9. After finishing round 1, the battle began to heat up in Round 2, which Ryan Johnston won the round against Cale Saurage just before the bell rang. After bringing the match score 10-10 in Round 2, Johnston continues to stand higher on Round 3 and 4, when the referee called a standing eight-count in each round after Johnston got enough fatal punches against Cale Saurage.

Ben Azelart admitted that he hadn’t thrown even a single punch until a month before the fight, and therefore, people were asking if he had any chance against YouTuber Landon McBroom. After an eight-count twenty seconds occurred early into Round 1 of the game, the referee called the battle in McBroom’s favor thirty seconds into Round 2 after just a second standing eight count for Ben Azelart.

Match #3 (this event was canceled)

The match was canceled because Tanner Fox decided to pull himself out of this match. The reason why he took this decision is not fully known.

The British YouTuber FaZe Jarvis emerged victorious in the first PPV undercard of the night against the TikToker Michael Le. With two standing eight counts for Michael Le in Round 1, the TikToker man is later floored with a fatal right hook in Round 2, as FaZe Jarvis wins with a KO in the fourth match.

Although DDG won by a mile with nearly forty punches to Nate Wyatt’s eight, this is the first fight of this collection to go the real five-round battle; there were two standing eights in Round 1 and Round 3.

AnEsonGib appeared to be one of the only “professional” boxers on the card, with an undefeated 2-0 amateur boxing record. However, Tayler Holder has trained with the likes of Canelo Alvarez. In this event, Gib as a real aggressor, had a strong start in the first couple of rounds, as Taylor Holder appeared to go for a more tactical approach, perhaps hoping that AnEsonGib will tire himself out in the future. The result was not something Taylor Holder wanted to hear, though.

Vinnie Hacker was greatly underestimated in the run-up to this fight, and maybe this is the main reason why he beat Deji on this night. Still, he definitely silenced critics and scored a much-needed win for Team TikTok by KO-ing YouTuber Deji Olatunji in Round 3. There was a lot of excitement during this fight after a slightly slower bout between DDG and Nate Wyatt, with both content creators going all in. Although the war seemed tipped in Deji’s favor at first, Hacker’s Round 2 right hook changed the trajectory of the match. The referee stopped the fight as he continued to punch a cornered Deji in Round 3.

While the two social media stars start the battle with a surprising glove touch, Austin gives a consistently strong performance through the first rounds in the match. As the referee encourages the two boxers to fight clean, with two points deducted from Bryce Hall for underhand tactics, the bloody-nosed Bryce clearly lost his control in Round 2. After a second standing eight count in Round 3, with a dazed Hall taking a few blows to the head, the fight is called in Austin’s favor. Surprisingly, despite the tension between the two over the last three months, their beef has clearly been settled as the two embraced and chatted post-fight.

As a result, the YouTubers group beat the TikTokers group by 6-1 (the only TikToker winner was Vinnie Hacker).

When the “payments” method shows up, many people will be disappointed to watch YouTube vs. TikTok boxing. As the fee of this event was set to 100,000 PPVs, Austin McBroom said that “Only the haters want to believe that thing. These people who are scamming here… are basically saying all of us fighters [and our] fanbases ain’t sh*t.” Good classic, no?

The introductory PPV price for the YouTube vs. TikTok boxing event was 49.99 USD, and there is a service fee that increases the price up to essentially 60 USD. Note that you aren’t just buying this event with your purchase: a PPV purchase also brings a six-month membership of LiveXLive and an exclusive NFT.

If you think watching a boxing match on a streaming platform such as LiveXLive is not necessary, you are true. You were also able to attend this event in person at Hard Rock Stadium in Miami Gardens, Florida.

Check one of the best videos downloaders here: “online video downloader” if you are looking for one.

The CPS test, or clicks per second test, is a way to measure how fast ...
By Dyka Smith
12 hours ago