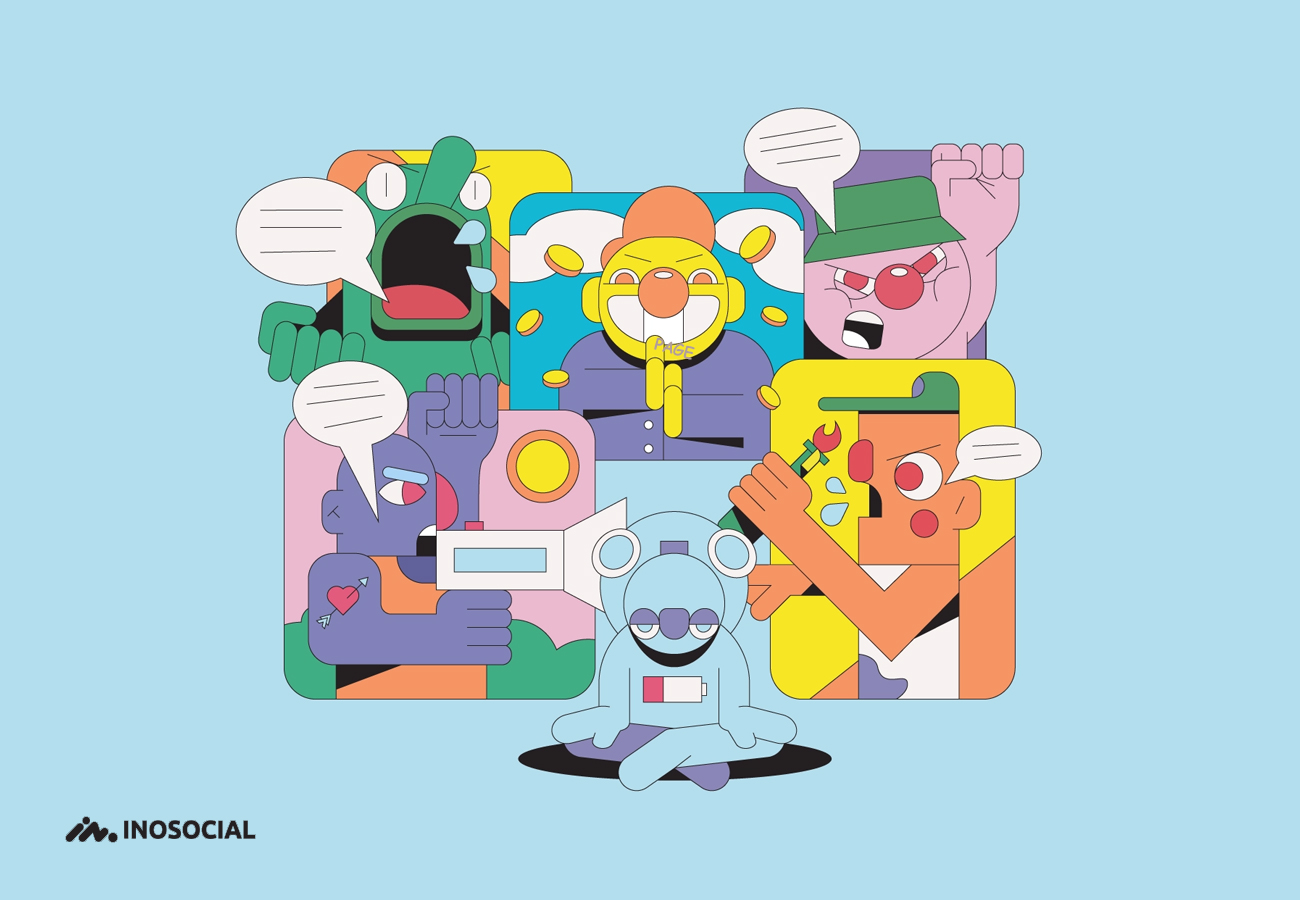 Trolls like to ruin everything and make fun of you with ridiculous comments, insults, and insults! Such people even threaten to kill and harass network administrators with their misbehavior. These people can even pretend to be your supporter and harass you. There is no law in front of their behavior.

The important thing about social media trolls is that they do not believe what they are saying and send such a message only to annoy the person in question.

Where are the trolls?

Trolls are on almost all social networks and in all posts and comments. Whatever you envision, a troll lurks there to release its negative energy. The purpose of any troll is to make your work worthless and hurt you and the people who read the comments.

Are trolls the same customers who are dissatisfied with your product?

Trolls are people who can destroy the entire foundation of a professional startup at once. These people are the targets of what you are doing, and they do not care who you are or how long it takes you to get there.

Customers who have encountered a product on your part may also send you negative feedback or write in the comments section, but not all of these people are necessarily trolls. The main difference between a troll and a dissatisfied customer is that the troll does not know what he is talking about and is just trying to destroy you, but the customer probably wants to express his feelings about the product he received, although sometimes Sometimes these customers also become trolls. The degree to which it is recognized is the aggression and hypocrisy that use for your posts on the social network.

Signs that you are dealing with a troll

Maybe you still do not know if the person who sends you negative messages is a troll. Here are some signs of a troll to get to know these people better.

How to get rid of trolls on social networks

Write a rule for yourself

You can manage post comments on your social network and page. Define the rules and put them on your page. Based on this, you can keep trolls away from your page and have more polite people.

With this, you will no longer worry about any trolls. Of course, this technique requires a lot of peace of mind, which you must be very cool when faced with trolls and ignore them to continue your work.

You can answer the trolls in the comments section jokingly or treat them in such a way that they realize that their opinion is not so important to you and has not had a significant impact on you. This requires careful measurement and timing when responding, but you can do it with practice and repetition.

Try to answer them scientifically

The important thing about dealing with trolls is that you should never deal with them emotionally and respond quite logically to their disrespect with scientific facts and various citations from different books. Although they certainly make fun of the same citation, it is better to think that they have harassed you and achieved their goal.

From your real followers Defend against trolls

In this article, we mentioned that you should ignore trolls, but there is one violation, and that is when they target your real followers. At this time, it is better to defend your main followers and not be silent in front of them. It is better to delete the troll comment or remove this person from your page altogether.

Trolls are always seen everywhere on social media on any content and the possibility of their impact on you is very high. You should keep in mind that by observing all the points mentioned in this article, you can reduce their impact on yourself and what you do. Based on this, you will feel progress. Have you ever encountered a social network troll? Leave your comments for us.

Users can receive compensation in the form of HNT for sustaining and protecting the network ...
By Jessica Alameda
14 hours ago