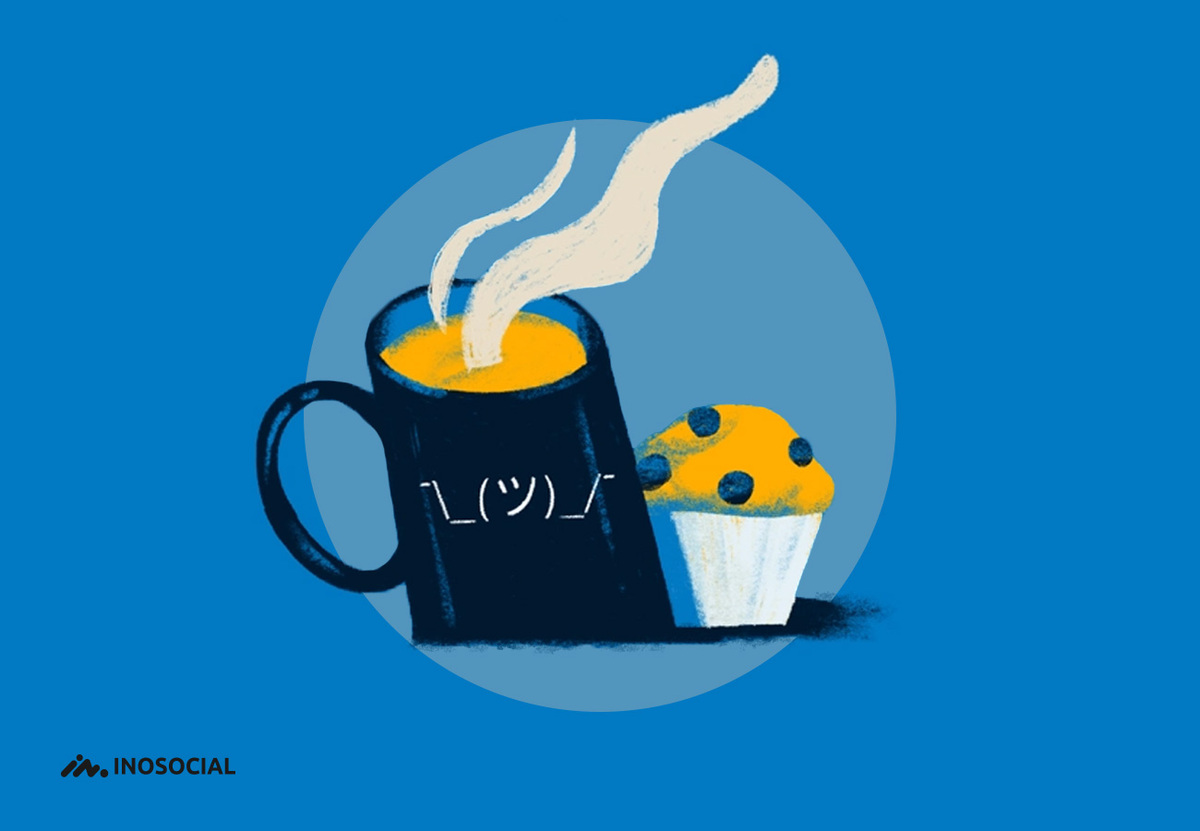 Emojis are emoticons launched in the early 1980s. The Japanese used ASCII code to create different emoticons on their computers. For example, D or J were among the most widely used emojis at the time. Later, with the expansion of this code, new emojis create, for example, @ _ ​​@ was used to show a surprised face. But Shrug Emoji, which had one of the most interesting ASCII code sets, became one of the most widely used emoji sets in the world. The character of this emoji writes as ¯\_(ツ)_/¯.

This emoji, along with other emojis that show confusion or astonishment, is one of the most widely used emoticons to express such emotions. This emoji consists of a face, two shoulders raised, and a hand. it generally means I do not know or I’ve given up.

In the late 1990s, with the rise of mobile phones in Japan, it became much tougher to write emojis like this. But how could they display such emojis with this level of character?

The original set of emojis was created in 1999 by a Japanese man. The first set had 176 different emojis, each drawn on a 12-by-12-pixel grid and displayed on mobile phones. Another leap was Apple’s creation of an emoji keyboard, which paved the way for mobile phone users. The emoji keyboard allowed users in 2016 to send their emoji to friends and other people without entering a special character.

The latest emoji version with 3304 different emoticons is Emoji 13.0. The final emoji added to the collection shows the hands of an Italian person explaining something. As you know, emojis are emoticons to express a word, sentence, or emotion without writing a single word. When you look at an emoji, you do not need to read or translate, just understand the meaning. Shrug emoji is no exception to this rule and beautifully shows a mood.

Shrug emoji shows a state of indifference and generally expresses a state in which a word or sentence does not matter to you, and you want to show this insignificance to the other person.

How to write shrug Emoji on Android and iOS

One of the problems we face with our phones is that we still like to write emojis in the style of the nineties and send them to our friends. If our phone has a physical keyboard and we can not use the emoji keyboard, how can you type this emoji in just a few seconds and quickly? In the following, we will teach you the best way to type it on Windows, Mac, iPhone, and Android.

Shrug emoji is one of the most widely used emojis on social networks. Many use a series of ASCII code copiers instead of typing it. But how do we type it ourselves quickly? The easiest way to do this is to use the autocorrect system on your phone or laptop. To do this, just follow these steps:

Unfortunately, Windows does not yet have this feature. the upcoming Windows 11 can provide an effective way to correct spelling errors on the keyboard. Of course, you can still do this using PhraseExpress.

I hope the tutorial on using Shrug emoji has been useful for you. Use this emoji whenever you want to show the insignificance of something or show your indifference. Did you use this emoji a lot

Meta description: hrug Emoji, which had one of the most interesting ASCII code sets, became one of the most widely used emoji sets in the world. The character of this emoji writes as ¯\_(ツ)_/¯.

TikTok Recharge is the new feature of Tik-Tok that allows the users to recharge it ...
By Dyka Smith
7 days ago

When people post their videos to TikTok, algorithms can read posts as people are replying ...
By Dyka Smith
11/08/2022

What does SB mean on Snapchat?